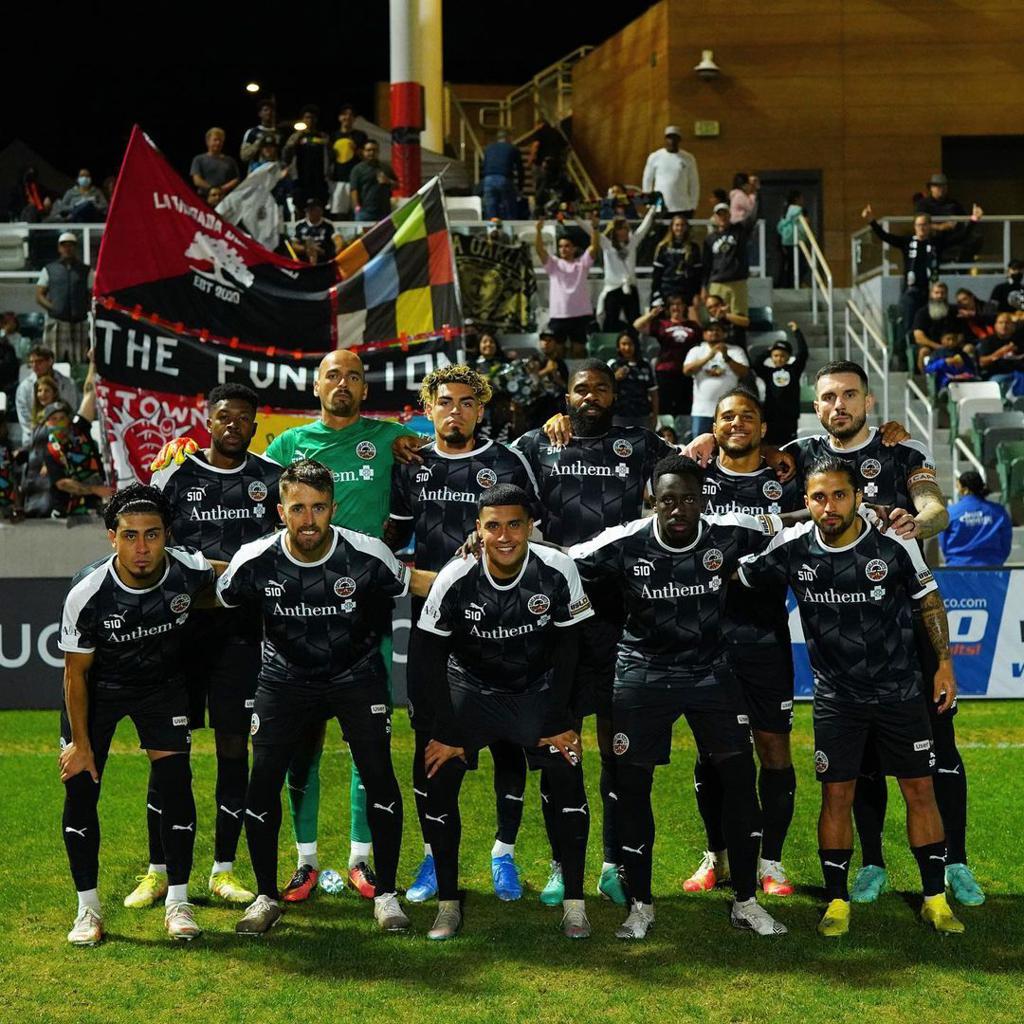 Oakland Roots traveled down to Southern California for the Western Conference Semifinal and their fifth game against Orange County SC in the 2021 season. Roots had lost the four previous meetings but coming off their win against the top seed in the Mountain Division last week, anything is possible. Both sides played somewhat conservative in the first half for fear of conceding the opening goal. Chances were slim, but Memo Diaz had a great strike in the thirtieth minute that was just off target. Orange County led in possession going into the half, certainly something Head Coach Jordan Ferrell would look to change to start the second half.

The second half was a much different story as Roots came out looking to control the game and found themselves constantly in the attacking third and more than doubling their shots on goal. This forced Orange County to sit back and play more conservatively, midway through the half they looked to bring on some more offensive firepower but it wasn’t enough against the strong defensive front of Oakland. Even with four minutes of stoppage time, both teams were unable to find the game-changing goal, forcing the Western Conference Semifinal into extra time.

The first half of stoppage saw both teams doing their best to keep the pressure up and attack the ball. In the 97th minute the game saw its first yellow card of the game off a tackle from Akeem Ward. The intensity continued to grow and just a few minutes later tempers flared as both Roots and Orange County players got into a short shoving match after a foul from Orange County. Fatigue started to set in at the start of the second half of extra time as the teams exchanged fouls and free kicks without much cohesion from either side. After 120 minutes of play, the season was on the line with a penalty shootout.

This was to be the first penalty shootout in Oakland Roots history. Yohannes Harish was subbed on with just seconds left to play in extra time, surely he was to be one of the selected few to take a kick. Roots were first to shoot, with Tarek Morad easily finding the back of the net. On their next turn, Jeremy Bokila did the same. Throughout the shootout, goalkeeper Paul Blanchette would guess the correct side but was unable to come up with a stop. Veteran Joseph Nane, as well as Ariel Mbumba and Yohannes Harish all would score, bringing things to sudden death. Akeem Ward took the sixth shot and was blocked by OC goalkeeper Patrick Rakovsky. OC striker Ronaldo Damus was up next, he pulled a classic stutter step but was blocked by Paul Blanchette. Unfortunately Blanchette was called for coming off his line too early. On the rekick, Damus would score, ending the Roots inaugural season in the USL Championship.

Can you reflect on this team and their character throughout this season?

It’s been monstrous, I can’t say enough about the character of these individuals and how they come together as a team. We had some really low lows, but we also had some incredible highs. Inside the locker room, after the first 12 games of the season, there were questions but I don’t think there was doubt, and that’s what got us here. Once the wheels started turning, with some incredible fight from the team week in and week out, I can’t say enough about these guys. Not just the players but also the staff. It’s not just the players but everybody that was behind them. The fans weren’t able to be with us much for those first 12 games but once they were there, everybody started to see the work they were doing and the players were able to see the support that they had. Tonight the support was equally incredible to cap off the first year. It’s a great jumping off point for us and the second season can’t start soon enough.

The fans, they brought it tonight and showed up when it mattered most. Is it the best atmosphere from fans travelling that you’ve seen all year?

I think what we’ve tried to build as a team that has the character, the quality, the personality of Oakland, the fans see that. It’s one thing to come down for a playoff game, it’s another to come in full voice like they did. There were moments of the game where they were far louder than any OC fans and that shows how much the entire support off the field believes that the group on the field is fighting as much as they can. We’ve been lucky to build this not just this year in the USL but I think this year you see that on the stage is where we belong. The fans, they have a stronger connection to their team than teams that have been here for longer. To start that in year one and give them what we’ve given them down the stretch has built a strong foundation for what’s to come.

Difficult game, you shutdown a lot of what they had to offer and even had some of the better chances, but the game goes to PKs. Can you reflect on that for us a bit?

Penalties, I love penalties. I look at penalties and say that’s our game. I’ll continue to think that way even though things didn’t go our way tonight. We had a good game plan and created some good opportunities. I certainly think that we did enough tonight to be stepping into the Wester Conference Final but that’s knockout football. You play to PKs and it’s a guessing game, everything is up for grabs and we did well on most of our PKs. It’s tough to lose on that but I think we showed a lot of character in the 120 minutes to really give them nothing and create some good chances for ourselves. It’s a tough way to cap off the season but only one team is happy at the end of the season and we hope to be that team next year.