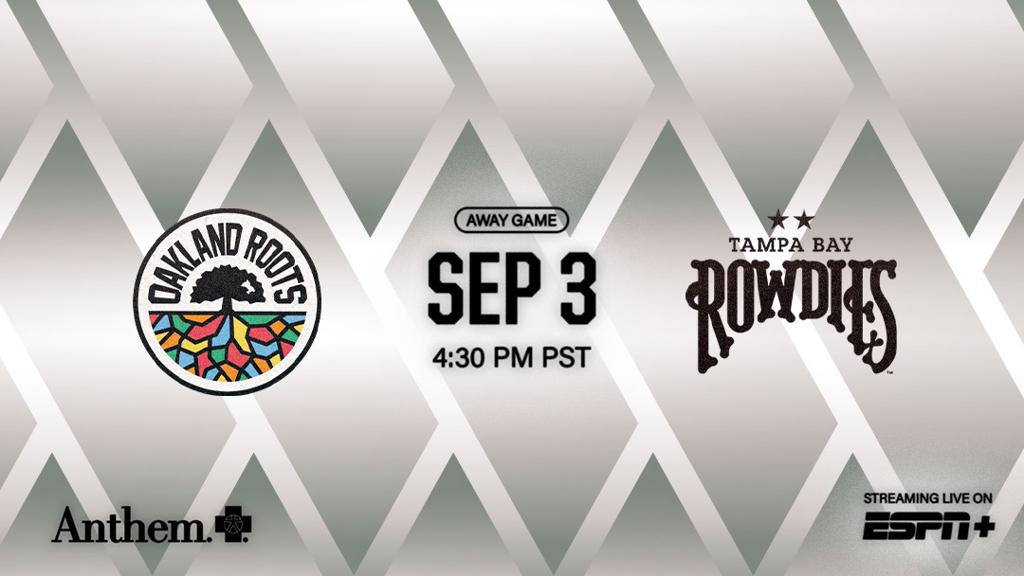 Roots looking to extend unbeaten run to seven games away in Florida.

How to Watch:
ESPN+

Oakland Roots are currently on their best run of the season having won three straight, four of their last five and six games unbeaten. The most recent victory came at home vs Tacoma Defiance on Saturday. Oakland Roots returned to Laney College, and beat the team from the Pacific Northwest by a score of 3-1.

The game included Jermey Bokila scoring his team-leading fourth goal of the year, all four coming from substitute appearances for the Democratic Republic of the Congo international. Ariel Mbumba picked up his third goal of the year and his second in as many games. While Jose Hernandez continued his fine form with an assist and his first full 90 of the season following back to back games with goals.

The Tampa Bay Rowdies are currently sitting top of the Atlantic division on 40 points ahead of Pittsburgh on goal differential. The Rowdies have currently won four of their last five like the Roots most recently beating Charlotte independence 2-0 on Saturday. Tampa is led in attack by Sebastian Guenzatti who has nine goals on the season so far. On the other side of the ball the Rowdies boast one of the best defenses in the league having conceded only 15 goals in 20 games this season good for the best goals against record in the Eastern Conference.