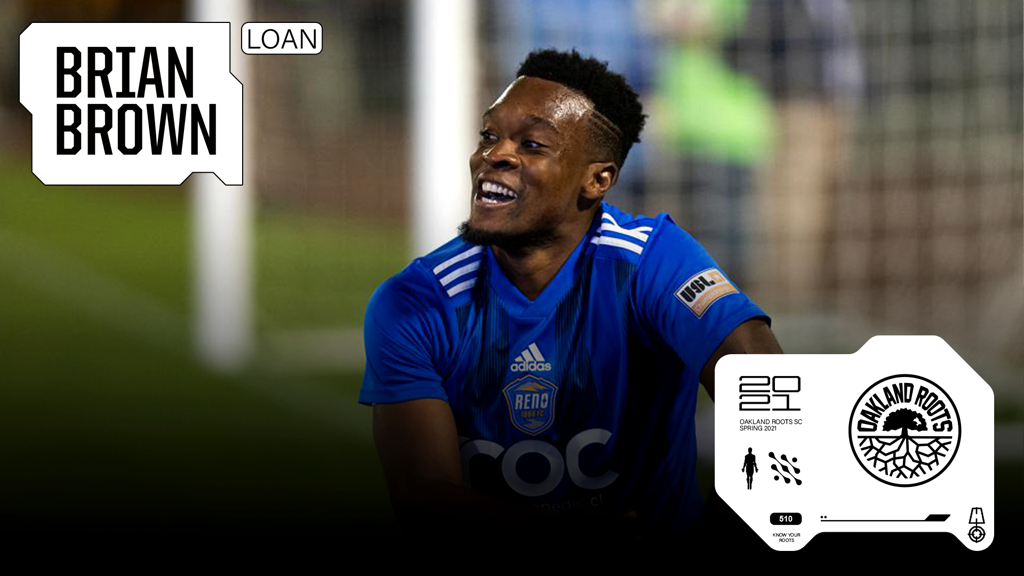 Oakland, CA - Oakland Roots and New Mexico United announce the exchange of loans sending Midfielder Saalih Muhammed to New Mexico as Forward Brian Brown heads to Oakland for the remainder of the 2021 USL Championship season. Saalih Muhammed was the first ever USL signing for Oakland Roots making six appearances and one start for his hometown club. Brian Brown comes to Oakland with more than 100 USL Appearances and more than 40 USL Championship Goals to his name.

“We are excited to have Brian join the squad right at the mid way point of our season,” said Roots VP of Soccer Eric Yamamoto. “Brian is a proven USL striker who will bring an exciting new option for our attack coming down the stretch of the season.”

Brian Brown began his professional career with Montego Bay and then Harbour View in the Jamaican National Premier League.  Brown was then loaned to MLS side Philadelphia Union in 2014 where he made eight appearances scoring on two occasions. Following the 2014 season Brown was loaned out to USL’s Indy Eleven and then Charlotte independence for the 2015 and 2016 season respectively becoming a staple striker of the USL Championship.

Brown then joined Reno 1868 for their inaugural season in 2017 becoming one of the leagues top strikers by 2018 scoring 16 regular season goals for the nevada club that season. Brown left USL for the Albanian top division in 2019 and 2020 returning to the USL at the start of 2021 with New Mexico United. Brown has made nine appearances for the Jamaican National team, scoring once for his country.

With the addition of Brown, Saalih Muhammed heads back to the club he spent the previous two seasons with in New Mexico United. Muhammed was an integral part of New Mexico's first two seasons in USL Championship, making 34 appearances and scoring a Goal of the Year contender while with the club.

“Saalih will always be part of Roots family having been our first USL Signing,” said Yamamoto. “We wish him the best of luck for the remainder of the season as he returns to New Mexico.”

Welcome to Oakland Brian and best of luck in New Mexico Saalih.