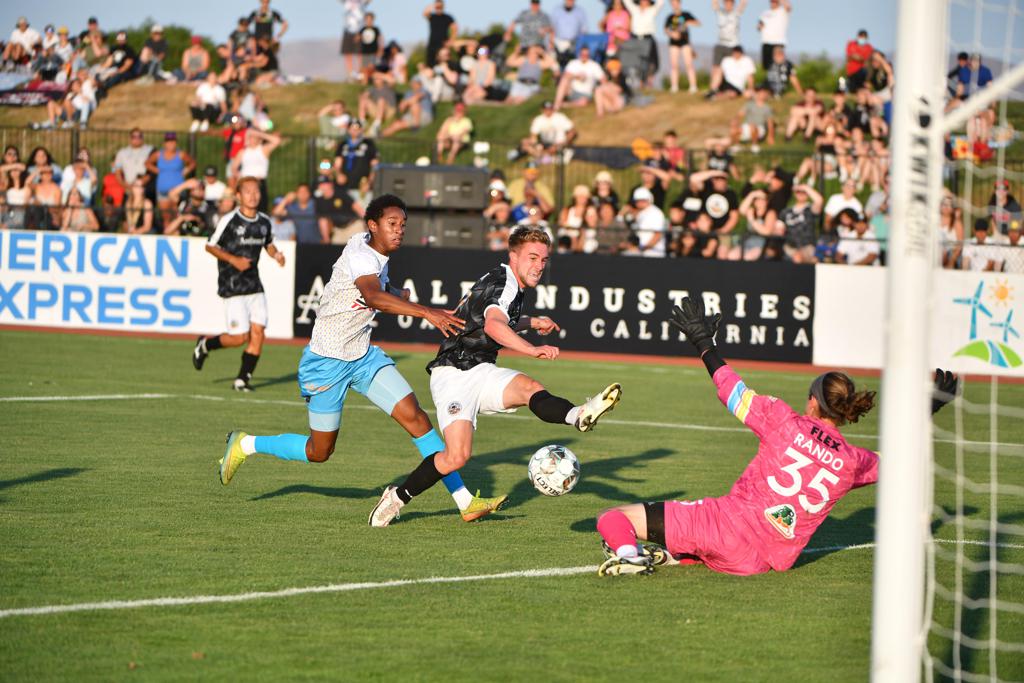 Roots fall to Las Vegas Lights 2-1 in the teams first-ever meeting. Roots was forced to roster only 13 players due to USL health and safety protocols.

Oakland native Tarn Weir scored his first career goal for Roots, marking the first time an Oakland born player has found the back of the net for Roots in the USL Championship. Weir’s goal marks the end of a four game scoreless streak. Recently signed goalkeeper Paul Blanchette made his Oakland debut, becoming the third goalkeeper to start for Oakland in the last three games. In his first appearance for the team, Paul recorded seven saves to keep the match close up until the final whistle. Roots look to bounce back against Phoenix Rising on Wednesday night.

Jordan Ferrell on how the team battled tonight despite circumstances surrounding the match:
Big character game for the team. It was great that we showed up and got on the board early. The guys on the field showed that they have heart. They played together well. We got an unlucky deflection on the first goal and that made the difference in the game. The scoreline is hard to stomach, but the performance on the field was a positive tonight.

On Tarn Weir being the first Oakland kid to score for Roots:
It’s huge. We’ve prioritized making our roster diverse with local and global players. He was playing a bit out of his normal position, but we see his performances in training where he’s willing to run and score if he can. Tarn really epitomizes just putting your head up and doing whatever is asked of you for the good of the squad.

Tarn Weir on the team battling adversity:
It was a difficult game with some good young players from the other team. We just gotta keep working, especially with the difficult stretch of games coming up. We just have to focus as a team and focus on the next match.

On being the first Oakland native to score for Roots SC in the USL Championship:
It was special because today is my late brother’s birthday. Unfortunately we couldn’t get the win, but it still meant a lot to me, being able to come in and score on a day that already has so much meaning to me.