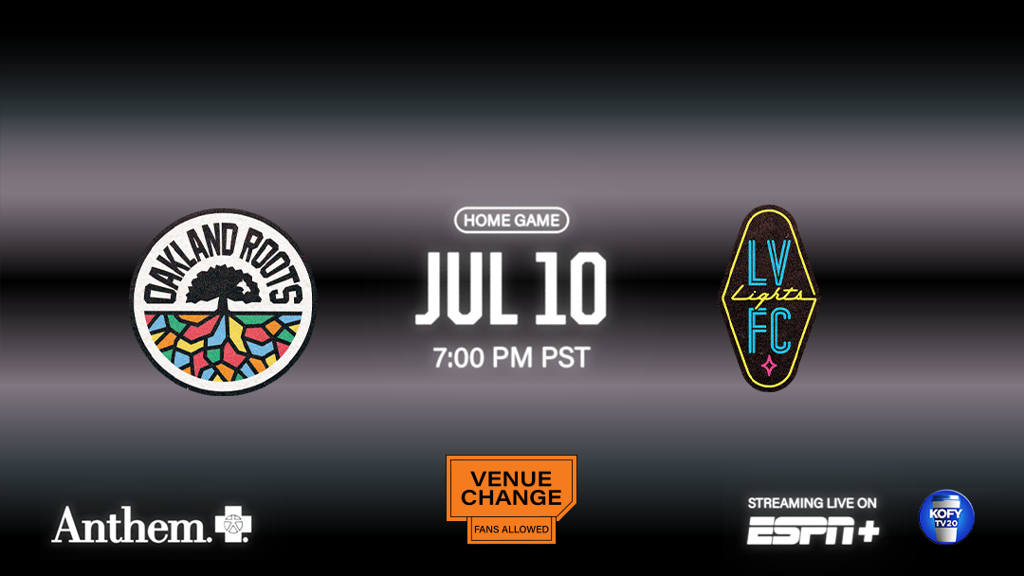 Oakland, CA - Roots look for three points as the team heads to Livermore for first-ever meeting with Las Vegas Lights.

Oakland Roots are coming off a draw against Sacramento Republic on Wednesday night. Goalkeeper Taylor Bailey made his USL Championship debut as Zeus de la Paz is out for international duty with Curacao. Despite a season ending injury in 2020, Bailey had a strong comeback by recording a clean sheet in his first ever appearance for the league.

While Roots have found their footing defensively as they secured their second clean sheet of the season, the team looks to get back on the scoresheet against Las Vegas. Since Oakland has been unable to find the back of the net in four straight matches, all focus is on the attack heading into the Saturday night tilt with Las Vegas.

Las Vegas enters the match in sixth place in the Western Conference Pacific Division standings with ten points in ten games. Las Vegas most recently beat Tacoma Defiance in a match that saw Lights score early and hold onto the lead. Las Vegas’ attack is led by Cal Jennings and Danny Musovski, who lead the team with three goals apiece.