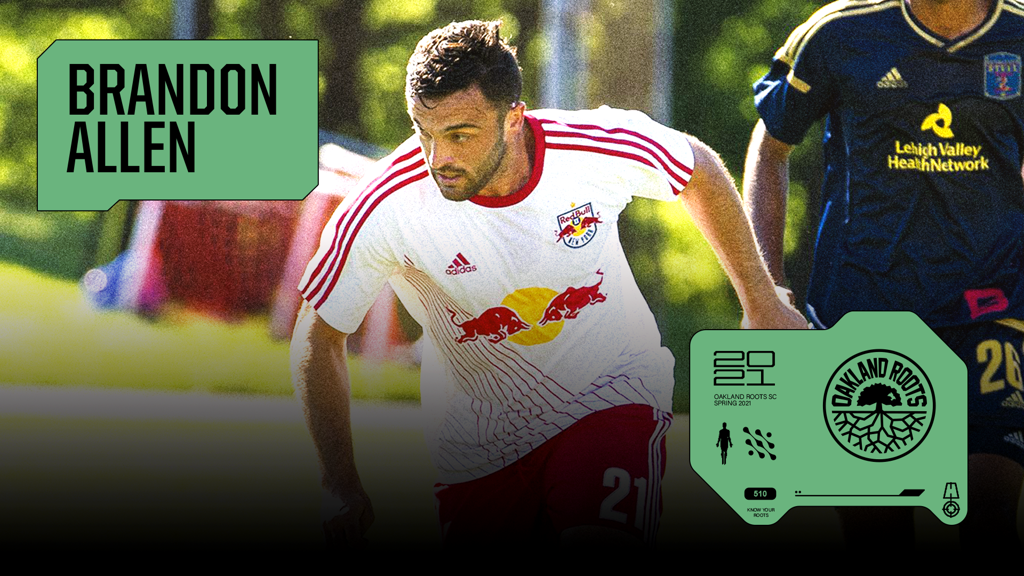 Oakland Roots have signed Striker Brandon Allen. Allen most recently featured for Memphis 901 FC where he made 34 appearances scoring on 12 occasions. The New Jersey native got his start in the professional game for his hometown side when he signed a homegrown contract with New York Red Bulls. Allen would make one appearance for the MLS side and 42 for the USL side while scoring 24 goals.

“We are excited to add another USL veteran attacker to the mix,” said VP of Soccer Eric Yamamoto. “Brandon has a lot of experience scoring goals in this league and we look forward to having him in Oakland with us.”

Allen has more than 100 appearances to his name in the league. Having played for Memphis, Nashville, Tampa and New York, this will be the first time he ventures out west and plays in the Pacific Division of the USL Championship. Allen is a USL Champion from the 2016 season with New York Red Bulls II. He won the MVP of the USL Championship game in 2016 scoring a hat trick in that final.