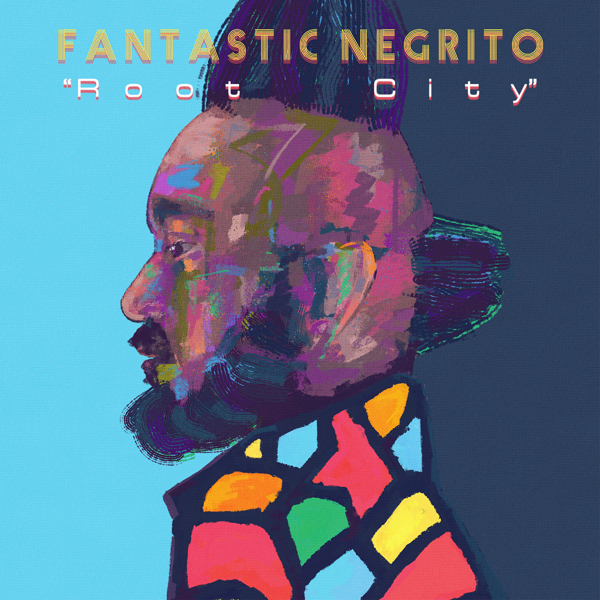 Oakland, CA - Grammy award winning artist Fantastic Negrito and Oakland Roots have collaborated on the release of “Root City”, a tribute to the Town and the club’s new Official Anthem.

The Roots’ Purpose is “to harness the magic of Oakland and the power of sport as a force for social good,” and few artists encapsulate the magic of the Town more than Fantastic Negrito, whose latest album Have You Lost Your Mind Yet? Won him his third “Best Contemporary Blues Album” award at the 63rd Annual Grammy Awards in March 2021.

"Soccer is the most watched sport around the world.  Working on this anthem with Oakland Roots felt right because we are part of an international community that appreciates the sport and a local community that includes people from so many different cultures,” said Negrito. “It's exciting to release this song on Storefront Records, my own record label, and contribute a distinctly Oakland flavor to this global passtime."

“Root City” was born from the Roots’ 2020 Justice Match, a soccer match created to promote racial and gender equity that was driven by the club’s response to the protests for racial justice that swept the country following the continued police killings of unarmed people of color. Fantastic Negrito wrote the song specifically to be played before the match and helped raise funds for the Oakland Roots Justice Fund, which supports causes at the intersection of race and gender justice.

The video for the song was filmed at iconic locations around Oakland and connects to the “roots” of the Town. The single and video are available at all digital service providers now and will be played at Laney College Stadium before every home match during the 2021 USL Championship season.

“For the Roots, soccer is more than just sport. It’s about art, culture, diversity, creativity and challenging the status quo. And I can’t think of anyone who brings all those qualities together with an Oakland flavor better than Fantastic Negrito,” said Roots co-founder and Chief Marketing Officer Edreece Arghandiwal. “He’s a true original, he’s Oakland through and through and he’s a champion - everything we aspire to be as a club.”

Fantastic Negrito and Roots Technical Director Jordan Ferrell will be on Instagram Live talking about the intersection of music and sports. Make sure to tune in at 2pm today.

When you listen to 3x Grammy winner Fantastic Negrito, you’re invited to hear the story of life after destruction. Each song is a real story about a musician from Oakland who experienced the highs of a million-dollar record deal, the lows of a near fatal car accident that left him in a coma, and is now in the midst of a rebirth that took him from the streets of Oakland to the world stage. The narrative of this man is as important as the sound, because the narrative is the sound. Songs born from a long hard life channeled through black roots music. Slide guitar, drums, piano. Urgent, desperate, edgy. Negrito burst on to the national radar by winning the inaugural NPR Tiny Desk contest in 2015, and has since won Grammys for his first three albums: The Last Days of Oakland (2017), Please Don’t Be Dead (2019), and Have You Lost Your Mind Yet? (2020). He has performed on stages around the world and has appeared on Jimmy Kimmel Live!, The Late Show with Stephen Colbert, and CBS This Morning: Saturday. The Associated Press said that Fantastic Negrito “offers his songs for the soundtrack of the lives of those who won’t give up and are willing to carry on.”