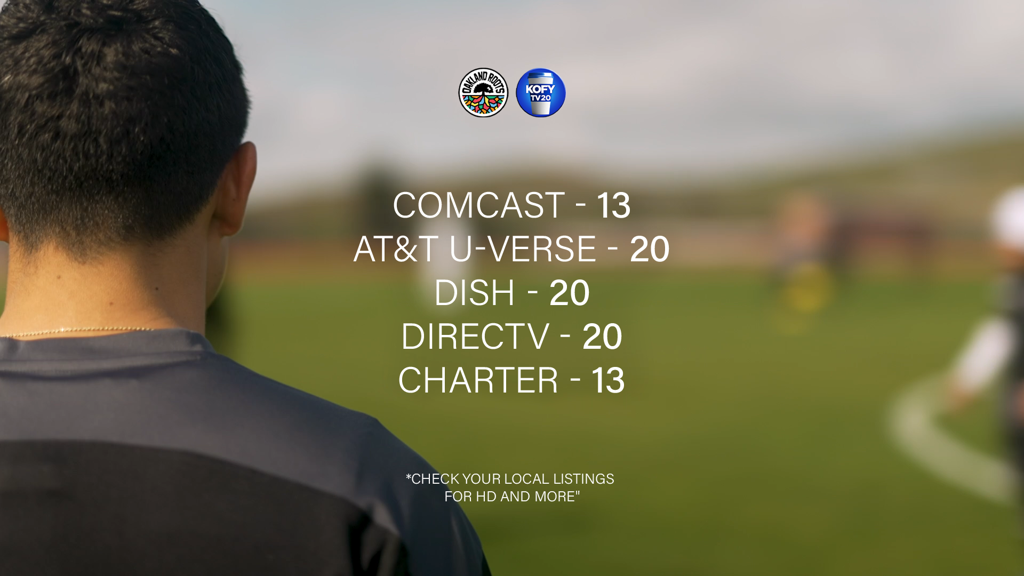 “The Partnership with KOFY is one we are thrilled to see come to fruition,” said Roots Chief Revenue Officer Steven Powell. “KOFY has an incredible history in the Bay Area having begun broadcasting in 1952. KOFY has an excellent reputation for its coverage of important community stories such as Oakland Pride and Social Justice. Our organization's alignment in the areas of inclusion and diversity and commitment to Oakland and the Bay area were major factors in our decision to partner with KOFY.”

KOFY coverage area provides an opportunity for over 6.8m potential viewers across the region to enjoy Roots home games in 2021. The partnership will also see the launch of a Roots x KOFY monthly magazine show telling stories about the community, the players, and a recap of the action from the soccer field.

“KOFY-TV is excited to embark on our partnership with the Roots organization,” said KOFY President David Nonberg. “The team’s commitment to the game of soccer as well as to the community they play for is something KOFY is proud to showcase on our air. In addition to bringing fans all the action on the pitch, we are looking forward to telling the impactful stories of the team’s work in Oakland that takes place off the field. KOFY is committed to being a voice for our local communities and we look forward to continuing and expanding upon that commitment with the Roots.”