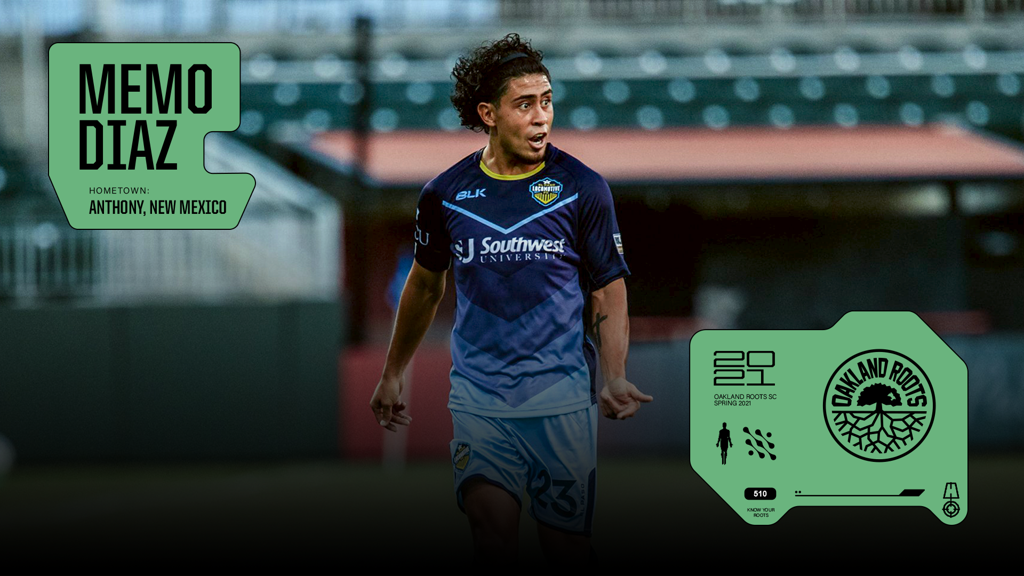 Oakland Roots signed Memo Diaz ahead of the 2021 USL Championship season. Following seasons in Ladero and Midland, Texas, Memo was signed to his hometown side El Paso Locomotive. While with El Paso Diaz would make 12 appearances in front of his friends and family.

I’ve always been very family oriented and always say “I’m where I am today thanks to my family”. Ever since I left home to go play college in Arizona (Yavapai College) and Nevada (UNLV) I’ve always had their support from back home. Up to this day they are still a huge part of my success.

I played my semi pro years in Midland and Laredo in Texas. Played in Midland in 2017 and Laredo 2018. During those two years,with those two teams is what impacted my career the most. In 2017 I was able to play in front of my dad the whole season as he was working at the oil rigs in Midland away from home. In 2018 I came back to play in Midland, only this time was with Laredo Heat against Midland. It was the third game of the season and I had been coming off the bench the two previous games. Coach knew I played in Midland the year before and knew my dad was working in town. He appreciated me, knew how much I wanted this game and told me I was going to be starting. That game I scored two goals, two goals that started my scoring run that lead to a great season.

Till this day I still thank my dad for being there. The feeling of scoring in front of my dad is a moment I’ll never forget. That season was just the beginning, signing my first professional contract shortly after with El Paso Locomotive, my hometown team! The best part of signing was having my family there for every game.

My time is now in Oakland where I know I’ll still have the support from my family from back home and my now fiancée in every game. A new chapter in my life where I’m ready to make an impact and play for the city of Oakland.”