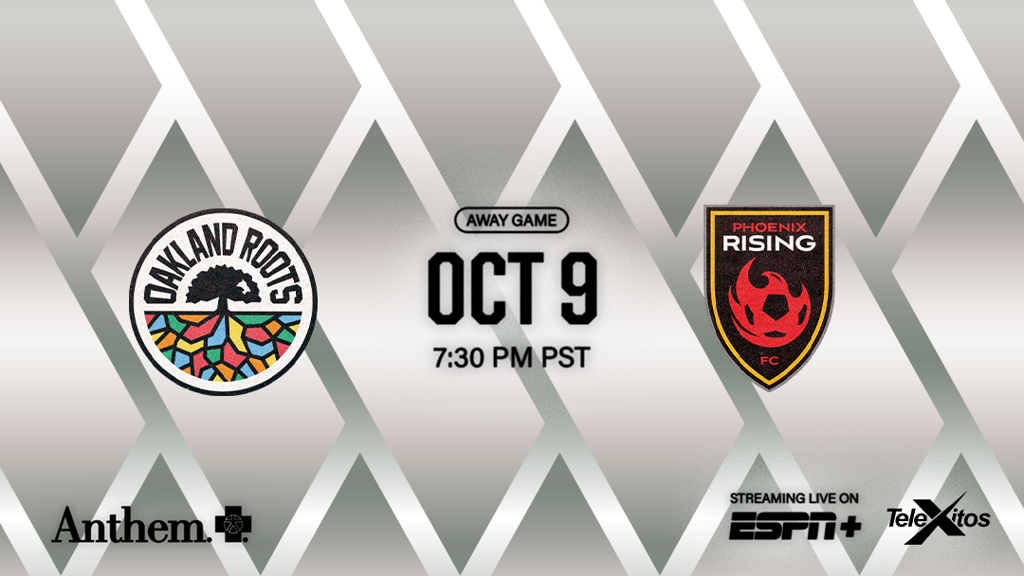 Oakland Roots are set to face the Pacific Division leading Phoenix Rising FC coming off an historic victory vs their NorCal rivals once again putting Oakland above the playoff line. This will be the fourth and final time in the regular season Roots play Phoenix Rising and the second time Roots travel to Arizona this season with the first coming on opening night. Phoenix dominated that first match back in May coming away with a 3-0 victory on the night. The next two matches between the two clubs were a lot tighter in the East Bay as Phoenix won 1-0 on August 4th and Roots won 3-1 on August 25th.

Roots currently sit on 34 points heading into the game in one point behind a playoff position behind LA Galaxy II. With just five games remaining this is the first time all season where Oakland will have more games left on the road than at home. As of late Roots have been led by Quincy Amarikwa who has a goal in each of the past two games and by Lindo Mfeka who has grabbed the team lead in assists.

Phoenix will be more rested than Oakland last playing on Saturday away at Orange County where they picked up a tight 1-0 win over the southern California side. Rising are currently the only team in the division to have secured their playoff spot and are now looking to build momentum into the playoffs. They currently have 59 points through 27 games. The team is led up front by Santi Moar and Solomon Asante who have combined for 22 goals on the season.