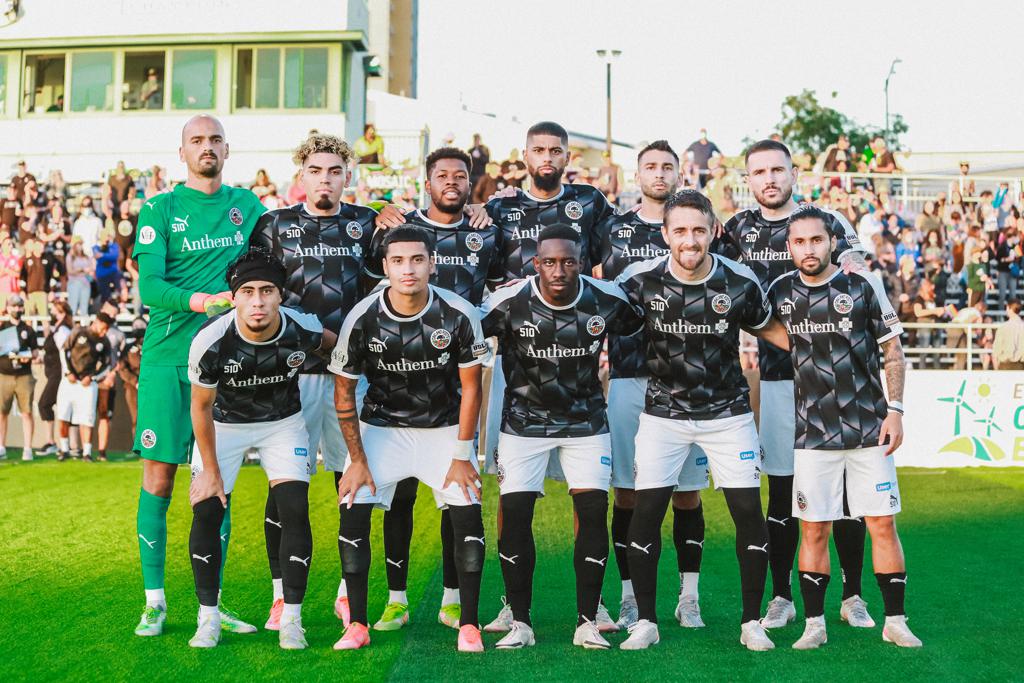 It was Pride Night at Laney as Roots played host to San Diego Loyal for the first time this season. This was the first home game in two weeks for Roots and they played in front of a packed crowd against the Landon Donovan coached side. The team dominated possession (60-40) in the first half but were unable to find the back of the net.

Oakland continued to maintain control going into the second half. As it went on, the game got a bit more physical, with four of the six yellow cards given in the half. Head Coach Jordan Ferrell brought in some fresh legs to ignite the offensive attack with Lindo Mfeka and Ariel Mbumba coming on. Unfortunately the squad was able to find the back of the net, despite outshooting San Diego.

Roots are now two games unbeaten and play host to Tacoma Defiance this Wednesday 9/15 as Las Positas College in Livermore.

What are your initial thoughts on the game?

The last time we played them, we were bad. This time we were good, obviously we’re still missing some players, but this is one of the best teams in the West. They’ve been rolling over teams and I think we showed defensively we can hold strong. I also think we had the better chances tonight.

Take us through the game plan:

I don’t think they were prepared for the formation tonight and I think it showed as we were able to control possession early. They got a foothold in the first half where they started to get some good chances from a distance. The second half it was a lot of back and forth and I think there was a possible penalty for both sides and fortunately nothing like that decided the game.