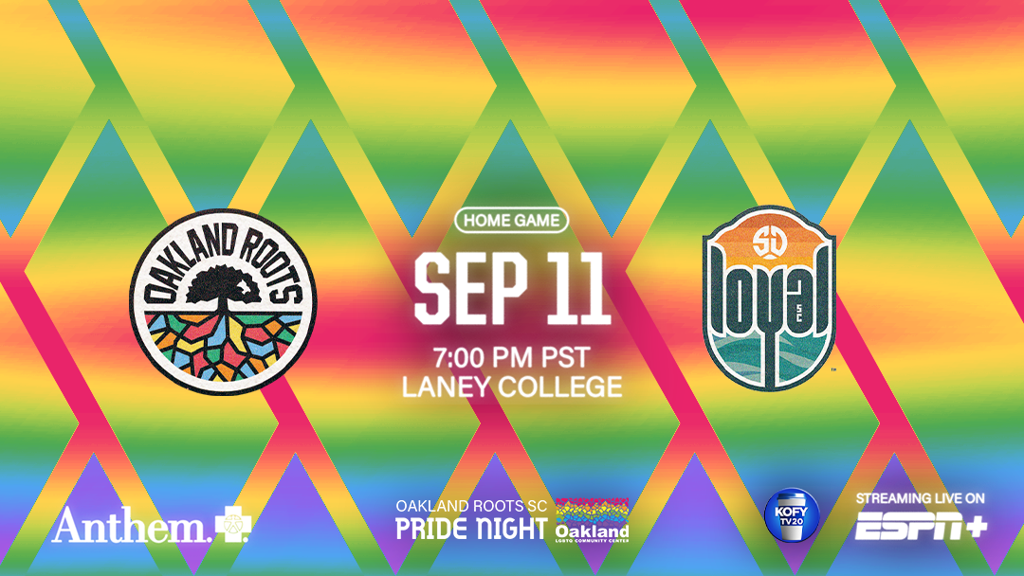 Oakland Roots will host San Diego Loyal for the first time at home this season as they look to keep the playoff chase in the Pacific Division rolling. Roots will be celebrating Oakland Pride Night at the game with local LGBTQ organizations being recognized throughout the night. The organization celebrates the work of two pioneering organizations in the San Francisco Spikes and Imperiales FC, who have been fighting for equality and access for the LGBTQ community in the game of soccer in the Bay Area. A portion of all tickets purchased will be donated to the Oakland LGBTQ Community Center.

Having dropped the only previous match between the two back in June in San Diego off a late Miguel Ibarra goal, Oakland Roots are set to host San Diego Loyal for the first time this year. Since the last time these two teams met, Roots have turned it around winning five of their last seven since mid August.

Oakland Roots are now within striking distance of the 4th place spot in the Pacific Division that would see the side earn a playoff spot in their inaugural USL season. Sitting on 23 points from 20 games played, Oakland Roots are just 10 points behind San Diego with two games in hand. A win vs the Southern California side would have San Diego looking over their shoulder in the standings at Roots down the stretch in the final months of the regular season.

This match will be the first of a four game homestand in the span of 12 days for Oakland Roots.

San Diego is coming off back to back wins where they scored a total of seven goals. With the team sitting in second place in the Pacific Division standings, San Diego Loyal is looking to solidify the division's second playoff spot behind Phoenix Rising.

San Diego is led by former USMNT star Landon Donovan who is in his second season in charge. The Loyal’s attack features Tumi Moshobane, who has eight goals on the season as well as former USMNT player Miguel Ibarra who has four assists on the season.