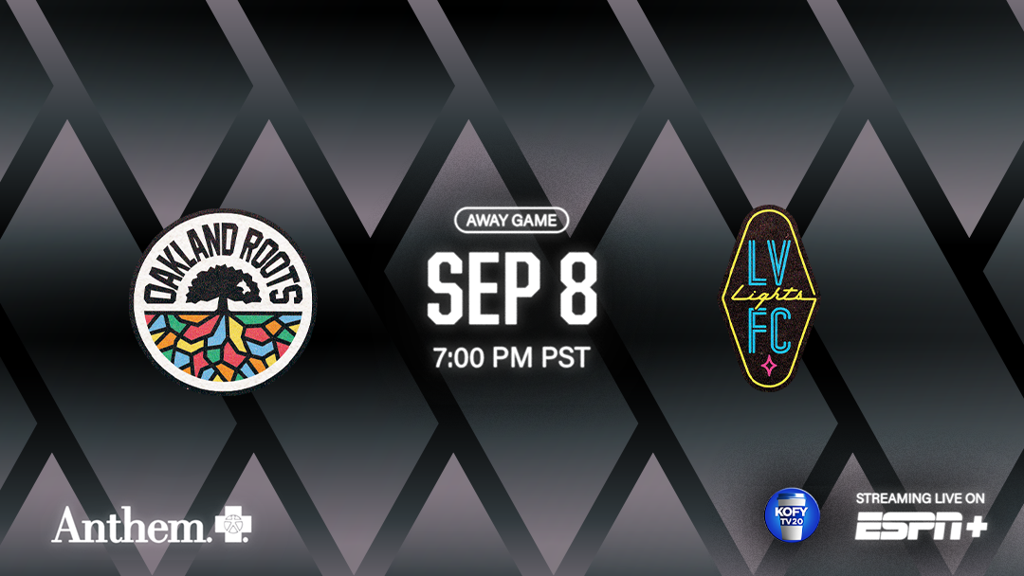 Roots Travel to Vegas Looking to Start a New Streak

Oakland Roots face Las Vegas Lights for the third time this season with each side winning on the road in the first two meetings. The first match between the two sides saw Las Vegas come from behind to earn a 2-1 victory as Roots were forced to play with a short bench due to health and safety protocols. The second match saw the Roots come from behind before ultimately burying the game late with a 3-1 victory.

Oakland Roots are coming off a Friday night road trip across the country where their 6 match unbeaten run was snapped by the defending Eastern Conference Champions Tampa Bay by a score of 3-0. Taylor Bailey saw his first action in goal since a shutout vs Sacramento Republic back in early July. Oakland is currently in 7th place on 20 points, but sit within striking distance of both LA Galaxy II and Sacramento Republic with two games in hand on both teams.

Las Vegas is coming off a Sunday night match at home vs. Sacramento Republic where they lost 3-1, extending their losing streak to six games. The team is led in attack by Cal Jennings and Daniel Musovski who have scored 7 and 5 goals respectively this season. Lights head coach is former USMNT defender Steve Cherundolo.