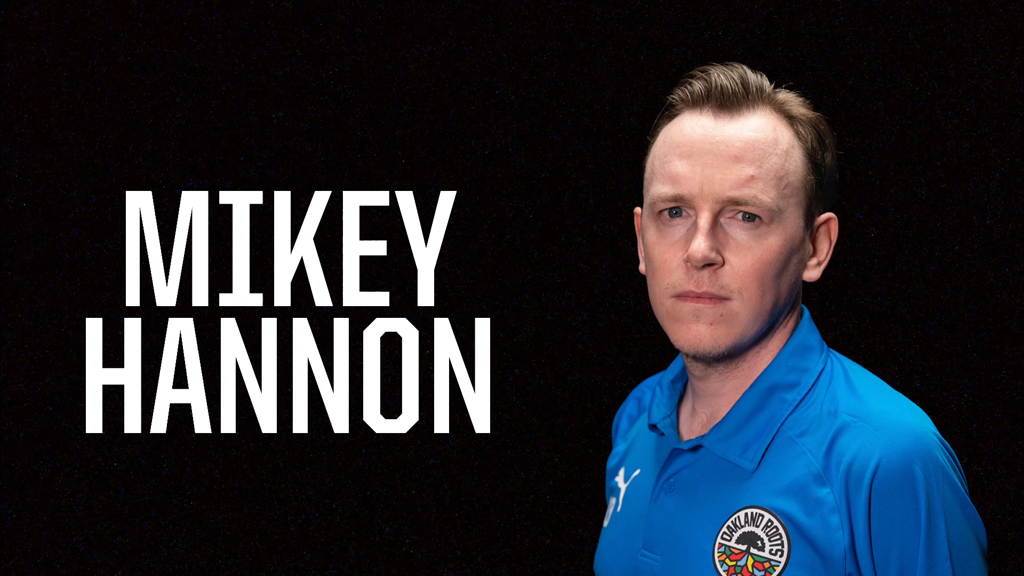 “Mikey is a very sharp football mind and will be a great addition to our staff,” said Roots Technical Director Jordan Ferrell. “He knows the youth game in the 51O area as well as anyone and will be key to establishing the type of environment and direction we want for Project 51O, especially the relationship with our first team in the USL Championship.”

Hannon was born in Swansea, Wales and began his coaching journey at the Swansea City Academy and Arsenal Soccer Schools. In the Bay Area, Coach Hannon was part of the De Anza Force Staff under former Roots Head Coach Paul Bravo when the U17 team went to the Development Academy final four.

“The Oakland Roots isn't just a soccer club; it's a lifestyle. It embraces all aspects of its community and its people. The organization has had an immense impact on the 51O youth soccer landscape.” said new Project 51O head coach Michael Hannon. “It’s a great honor to have been chosen to lead Project 51O. I can't wait to start developing talented youth soccer players and guide them toward achieving their professional goals.”

In addition to coaching in the youth game, Hannon is currently part of the St Mary’s College Staff that won the WCC title in 2019. Coach Hannon is the holder of multiple UEFA and USSF Licenses.

Welcome to the fam, Mikey.

News regarding the USL League Two season are in the works in the Southwest Division. Stay tuned to the Project 51O channels for updates.